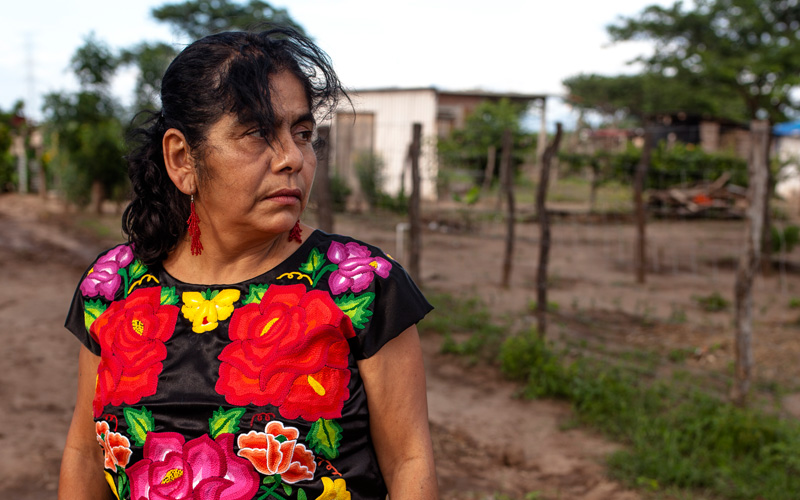 New threats have been made against Silvia Pérez Yescas, an Indigenous human rights defender from the community of Matías Romero in Oaxaca, south-western Mexico. So far the protection measures granted to her by the authorities have been insufficient. Her life and safety remain at risk.

On 13 January Silvia Pérez learned that members of her organization, Indigenous Women for the Conservation, Research and Use of Natural Resources (Mujeres Indígenas por Conservación, Investigación y Aprovechamiento de los Recursos Naturales, CIARENA) were threatened by people claiming to have been sent by a local political chief (cacique) who told them, “Stop fucking around, because you could even be thrown in jail for being Silvia’s accomplices, she’s going to be fucked for meddling in the land problem and there are people waiting for her when she shows up”.

Further information on SIPAZ: New threats against members of Indigenous Women for Conservation, Investigation, and Managment of Natural Resources (CIARENA)

Recent Urgent Action for community of Istmus of Tehuantepec, Oaxaca