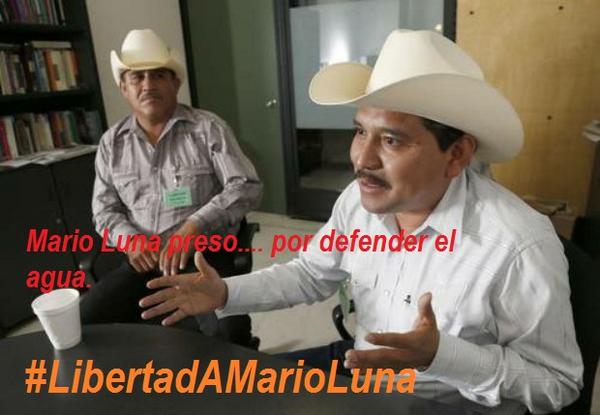 Mario Luna opposes the construction of an aquifer through the Yaqui riverbasin.

On Thursday morning, Yaqui tribal spokesman Mario Luna was whisked away in the City of Obreón in the Mexican state of Sonora by civilian-clothed officers who arrived in four unmarked cars. The officers were carrying out an apprehension order that was issued against Luna on June 14, 2013 by the Third Justice of the First Criminal Court of Hermosillo Sonora.

Mario Luna faces trial where he is being charged with kidnapping and robbery for events that occurred on June 8, 2013 during a roadblock when a person drove through the barricade. The person was captured by the protestors and taken to the village station. However, Luna’s participation in this act remains unproven. His whereabouts are currently unknown.