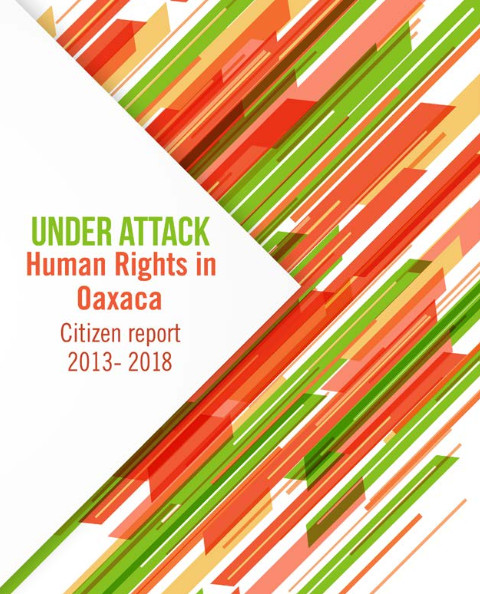 The Universal Periodic Review (UPR) is a mechanism of the United Nations (UN) Human Rights Council, established in April 2008. Its purpose is to examine human rights practices in the member countries of the UN. Mexico was previously evaluated in 2009 and 2013, and will be evaluated for the third time in November of 2018.

In the 2013 evaluation, Mexico received recommendations on the following topics: violence against women, human rights defenders and journalists; the effectiveness of mechanisms for the protection of these vulnerable populations; forced disappearance, torture and the criminal justice system; migration; Indigenous peoples; the rights of children and adolescents; legislative harmonization and the signing of international treaties.

Mexican civil society organizations have issued their own reports ahead of this year’s evaluation in Geneva. In Oaxaca, where civil society organizations have twice submitted reports to the Human Rights Council of the United Nations, a citizens’ committee including Educa took the initiative to publish the shadow report “Under Attack: Human Rights in Oaxaca, 2013-2018.”

Oaxaca is one of the three poorest states in Mexico and occupies second place in terms of population loss due to migration. It is also the most diverse state in Mexico in terms of biological and Indigenous diversity, as it is home to 16 Indigenous populations as well as the Afro-Mexican community.

The following topics are presented in this report: Public policies in the context of human rights in Oaxaca; attacks on human rights defenders and journalists; the criminalization of social protest; arbitrary detention, disappearances and torture; femicide; land rights and the rights of Indigenous people, children and adolescents.