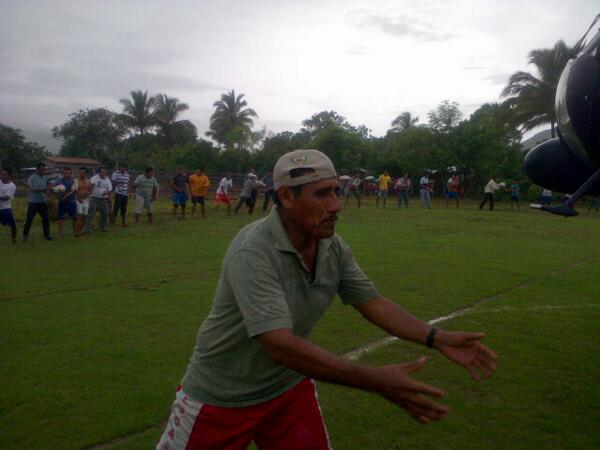 Since yesterday there is an entrance via land to the community of Paso de la Reina. The community have also received provisions from the following organisations, persons and institutions: from the Parroquia de Jamiltepec, the inhabitants of Paso that live in Jamiltepec, from the federal delegate Delfina Guzmán (PRD), EDUCA and CEE, and 470 provisions from SEDESOH. Leonor Díaz Santos, from the Diocesan Commission of Jamiltepec, commented on the photos taken yesterday: “This is what has happened to the fertile lands skirting the Rio Verde, suffering terrible losses in corn production, the community of Paso de la Reina are assembling waterways order to divert the streams and rearrange their roads. The municipal police force arrived to take photos of the community 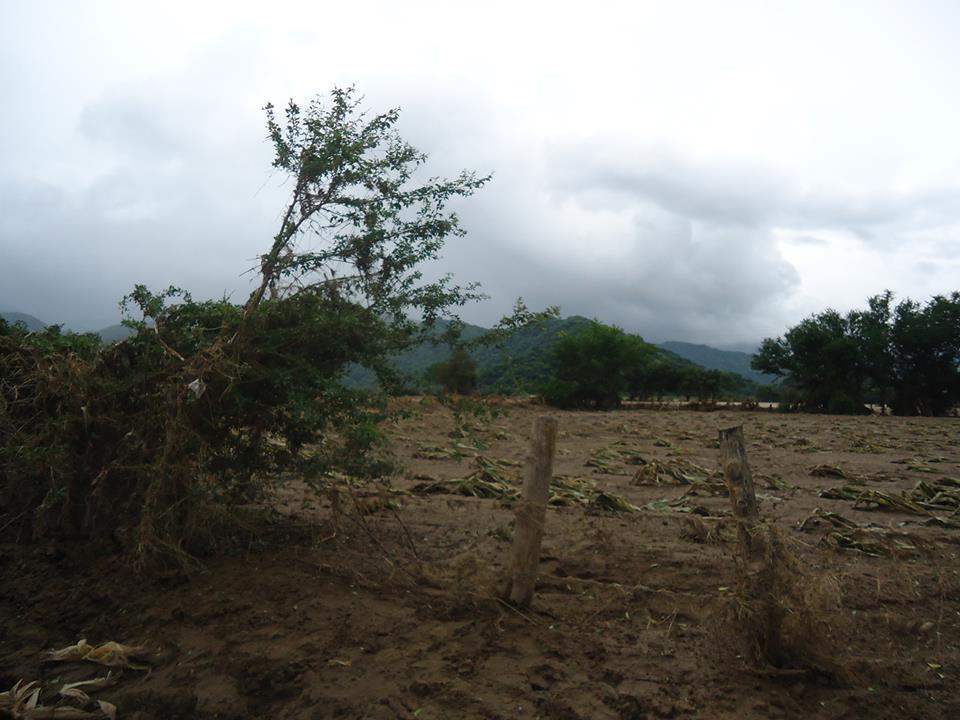