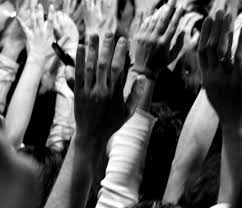 This Sunday, nearly 88 million voters will head to the polls in what has been called the biggest election in Mexico’s history. 3,416 positions will be determined, including the president, governors, mayors, and representatives. From Oaxaca, Services for an Alternative Education A.C. – EDUCA reflects on what’s at stake.

1. Whatever the outcome of elections on July 1, this political process will be remembered for high levels of conflict, social polarization and violence. Political violence has reached alarming levels: since the beginning of the electoral process, 132 people linked to political parties or groups, including 48 candidates, have been assassinated, compared to 9 during the last election season. Oaxaca is one of the states where the greatest number of crimes have been committed: according to Etellekt Consultants, as of June 3 Oaxaca was in second place in terms of electoral violence with 18 people murdered, preceded only by Guerrero with 24 assassinations, not to mention 6 additional homicides in recent days.

2. In the case of Oaxaca, elections take on a special significance. The state has been often served as a social laboratory in terms of community organizing, social conflicts, and the exploitation of natural resources. Oaxaca is characterized by a high number of socio-environmental conflicts due to the implementation of projects such as mines, pipelines, hydroelectric dams, and wind farms, as well as the operation of a Special Economic Zone in the Isthmus of Tehuantepec.

3. Not a single presidential candidate has bothered to address this problem. Neither political parties nor economic groups have articulated an alternative to the socio-environmental devastation that currently reigns in Mexico, nor have they challenged the agenda of the extractive industry. On the contrary, judicial mechanisms for the privatization of natural assets have been strengthened. One recent example is the elimination of bans regulating water use at 300 crucial watersheds throughout the country. The electoral dispute of 2018 is part and parcel of this dispute over Mexico’s natural resources.

4. In short, not one candidate, neither from the left nor the right, has presented a substantive proposal to implement structural changes in Mexico. Rather, they’ve advertised their good intentions with regard to public health, education, justice, and the economy, identifying problems without proposing solutions. Candidates devoted most of their time to disqualifying their opponents and squandering economic resources, turning the campaigns into an “electoral circus” with a price tag of 38 billion pesos.

5. The buying of votes and the coercion of voters has become a constant feature of elections in Oaxaca. Political parties continue to bribe citizens with money, building materials, tools, and clothing, even as they develop more sophisticated strategies for manipulating votes. Mexican institutions have not been able to stop this practice of “buying consciences.”

6. On the other hand, in light of the possibility of a new political party governing at the federal level, it is instructive to analyze Oaxaca’s recent experience with rule by an opposition party. In short, the alternation of political power at both at the municipal and state levels has not fundamentally changed authoritarian and predatory modes of governance.

7. That is why on July 1 we have the obligation as citizens to exercise our political rights in a free and informed manner, and to contribute to the strengthening of democracy from the ballot box. We also need a unified, organized and critical civil society that is ready to react to any aggression against the Mexican people, and to denounce any laws that threaten human and territorial rights.

8. After July 1, we must continue to construct our own citizenship, regardless of who comes to power. The real changes are those that happen at the grassroots level, and which encourage us to build a new democratic culture. There is also an urgent need to rebuild the social fabric that has been damaged during election season.

9.- EDUCA reaffirms that real change will only be achieved when people mobilize, when citizens demand their rights and advocate at the local level, and when we fully exercise our human rights. Today more than ever our citizenry must remain in motion and must remain vigilant of government actions at the federal, state and municipal levels.

10.- After July 1, we begin a new cycle in the social and political dynamics of our country. This will bring great challenges, but also unprecedented opportunities to imagine the forms of citizenship we must build going forward.

Stop the political violence in Oaxaca!

Services for an Alternative Education A.C.-EDUCA.