Police officer detained in connection with murder of mexican journalist 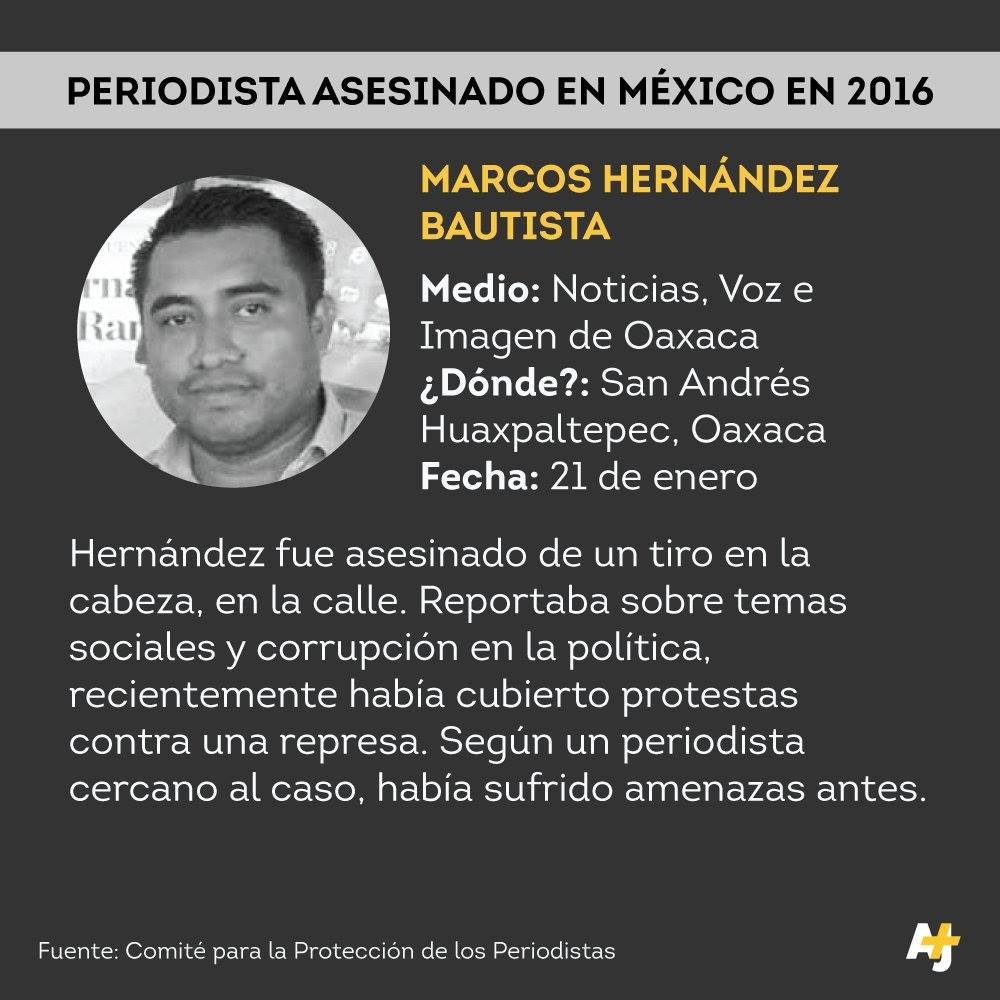 Mexican authorities have arrested and charged a local police chief in connection with the murder of the journalist and activist Marcos Hernández Bautista in the southern state of Oaxaca, among the latest reporters killed in the country.

As the authorities notified, the suspected killer, Jorge Armando Santiago Martínez, forms part of the local police of Santiago Jamiltepec, a coastal town on the border with Guerrero. Another arrested policeman in Acapulco should have been also involved in the crime. The entire local police was suspended after the incident on January 21, 2016 from service.

The director of the newspaper “Noticias – Voz e Imagen de Oaxaca”, Amado Sanmartín Hernández assumes the journalistic activities and his local political engagement as a motive for the killing.

Marcos Hernandez Bautista was also an activist of the leftist Party “National Regeneration Movement” (Morena). He reported critically about the policies of the coastal region in Oaxaca, in which few families concentrate political and economic power. According to his research, mostly under the logo of the PRI, the party of Mexican President Enrique Peña Nieto.

Moreover, the Peña Nieto government is planning the construction of the hydroelectric power station “Paso de la Reina” in Santiago Jamiltepec with a 195 meter high dam wall. Up to now the construction has been successfully prevented by the resistance of the affected communities. The movement against the hydroelectric exploitation describes the work of the killed journalist with the words “Marcos Hernandez was a journalist close to the people, he always support our fight for the defense of territory, always gave us a voice in the media, was always on our side, always accompanied us in our demonstrations, events, festivals, in our lives.”

The authors call for full investigation of the crime.