In the following statement, the Human Rights Observation Mission in Veracruz denounces threats from Mexican police and immigration officials; “We have been treated like human traffickers” (Read the original statement in Spanish)

Mexican federal police and immigration authorities threatened to initiate legal proceedings against Julián Verónica, priest of the Paraje Parish in the town Amatlán de los Reyes and member of the Veracruz Observation Mission, as well as the municipal president of Córdoba, Leticia López Landero, for supporting humanitarian assistance to the caravan of Central American migrants in their passage through the gulf state of Veracruz. 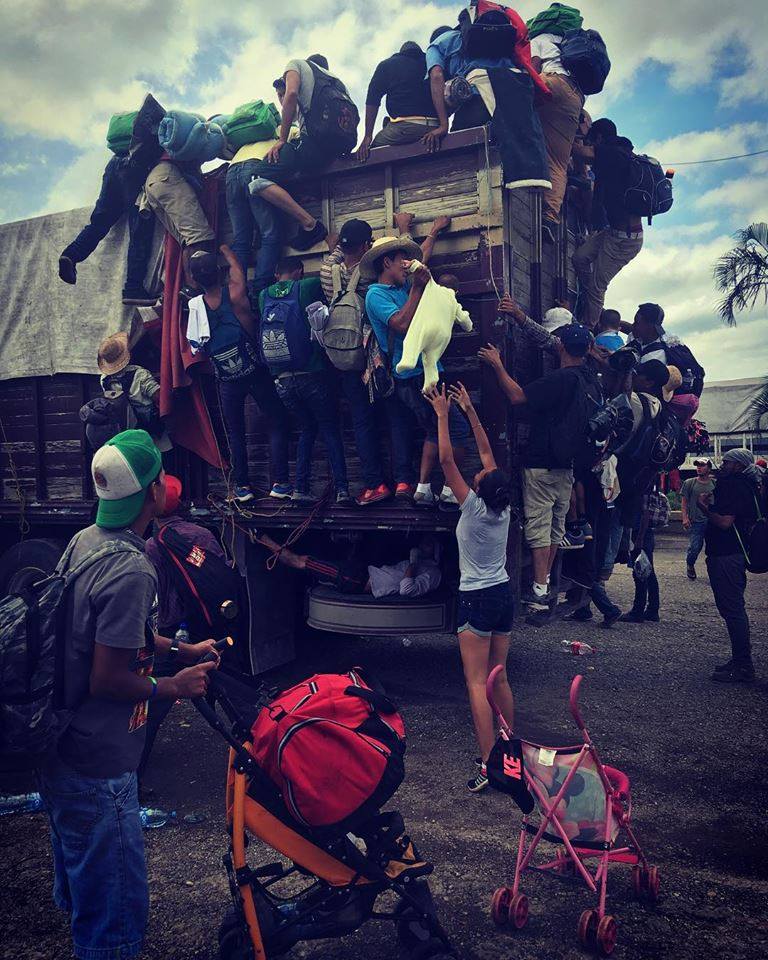 Attempts to criminalize support of the migrants represents a drastic change in policy vis-à-vis the situation of Central Americans in transit to the United States, who until yesterday were granted attention and free passage by police in the states of Oaxaca and Veracruz.

Despite public statements by Veracruz Governor Miguel Angel Yunes Linares promising humanitarian assistance to the migrants, members of the Human Rights Observation Mission in Veracruz—comprised of ecclesiastical and civil society organizations—say authorities treated them like human traffickers and inhibited their work, which had already been complicated by the dispersion of the caravan in a region that poses great risks for migrants and non-migrants alike.

Moreover, state and federal officials impeded the ability of local authorities to assist vulnerable migrants. Landero, the municipal president of Córdoba, had hired 10 buses to ensure the transit of women, children and entire families to Puebla following their long journey from southern Veracruz. However, these buses were later canceled when state police threatened to prevent their passage.

Echoing the Observation Mission’s reports, the Office of the United Nations High Commissioner for Human Rights (UNHCR) in Mexico said it was “deeply dismayed” by the lack of protection of the Migrant Caravan in Veracruz. The agency denounced that “a significant number of Caravan participants are not yet located” following the cancellation of the state government’s offer to provide transport to Mexico City and the subsequent fragmentation of the Caravan, whose main source of protection had been its unity.

Moreover, according to information gathered in the field migrants are “desperately” boarding private vans in order to continue their j0urney, and it is unknown if these vehicles are linked to organized crime groups. This is of great concern in a state where there are regular reports of migrants disappeared and kidnapped, often for the purposes of human trafficking, even absent extreme situations like the present one.

The UNHCR in Mexico issued an urgent call for all three levels of government to ensure the conditions necessary for the Migrant Caravan to remain unified and protected, with particular emphasis on preventing the increased risks to which women, pregnant women and children are exposed. The agency also called on Mexican authorities to work hand in hand with ecclesiastical and non-governmental organizations and United Nations officials in order to provide necessary humanitarian aid and police assistance. The UNHCR in Mexico emphasized the need to comply with protective measures dictated by National Human Rights Commission, as well as the recommendations of the Inter-American Commission on Human Rights (IACHR) and UNHCR Committee on Migrant Workers.

As the Human Rights Observation Mission of the Migrant Exodus – Veracruz: