Oaxaca celebrates Day of the Dead after earthquake 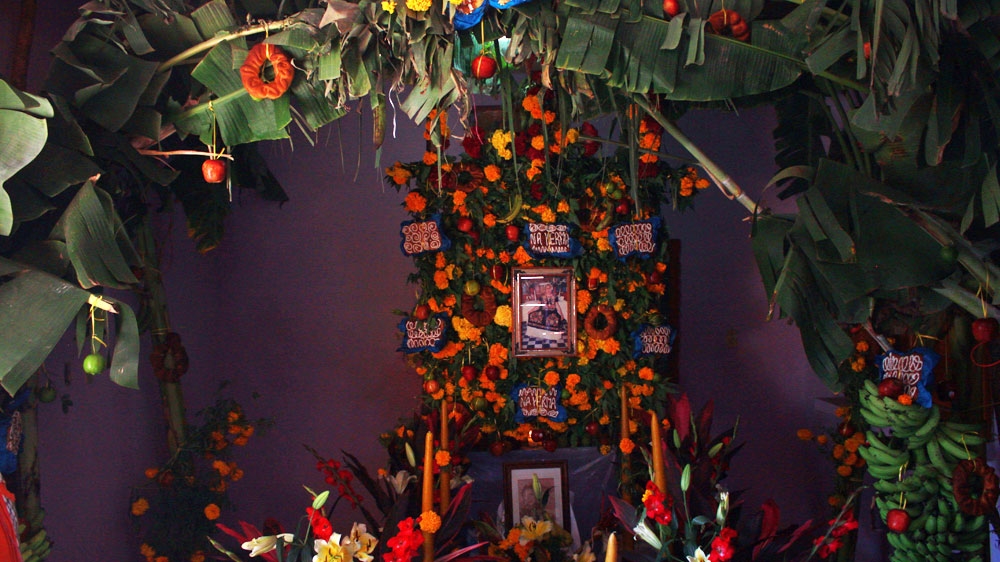 Juchitan is known for its Day of the Dead celebrations. In any other year, the streets of the city centre are crammed with vendors selling the yellow cempasuchil flowers and fruits that are used in the rituals. This year, the celebrations are much more modest. In the indigenous Zapotec language, which is spoken by most in the city, the traditions surrounding Day of the Dead are called Xandu, a Zapotec adaptation of the Spanish “Todos Santos” (“All Saints Day”). Xandu is celebrated between October 29 and 31. The biguie’, the centre of the Xandu rituals, is a shrine that people build in their homes to welcome the dead. But Juchitan was hit hard by the 8.2-magnitude earthquake that shook southern Mexico on September 7, meaning the celebrations have taken on a new meaning.

“Juchitan has completely changed, the dynamic of community life and social life has been cut off,” Gaspar Cabrera Manuel, a Catholic missionary who works in Juchitan, told Al Jazeera. “People are focused on rebuilding their own houses and their own lives, and they’ve had to put other things aside,” he said. Thousands still live under tarps, with relatives or in government shelters. Demolition of damaged houses has only just started, and reconstruction is still a long way off.

Read the full story by Simon Schatzberg: Juchitan celebrates Day of the Dead after earthquake