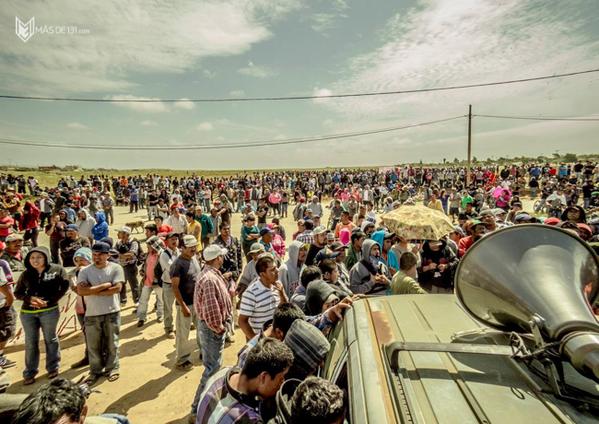 The protests in San Quentín began on March 17 at three in the morning. In the boroughs that make up the valley, thousands of farm workers, led by their community leaders, headed out on the highway that crosses the Baja California Peninsula amid cries of “In struggle for the dignity of day laborers!” and “The people united will never be defeated!” San Quentín’s day farmworkers labor in humiliating conditions on farms that grow produce for export: tomatoes, strawberries, blackberries. In exchange for starvation wages, they work up to 14- hour days without a weekly day of rest, let alone, holidays or social security [medical insurance, pensions]. Foremen sexually abuse the women, and they are forced to take their children to the premises to perform work. The farmworkers usually live in makeshift settlements that [over time] have become permanent. The settlements are overcrowded, lacking basic services; the houses have tin roofs and dirt floors. Many [workers] are indigenous migrants from Oaxaca (Mixtec and Triqui), Guerrero, Puebla and Veracruz, who have made San Quentín into another of their communities. Three generations of Oaxacalifornianos live there. They suffer constant police harassment. They rely on a single hospital [run by the] Mexican Social Security Institute [IMSS].

Read more on the protests: Hundreds of Baja Californian Farmworker Continue to Strike