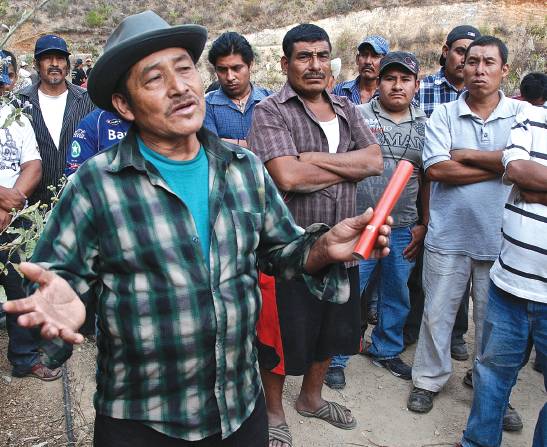 Nationwide, conflicts are increasing between indigenous peoples and the authorities or private interests over land, water and public safety. More than 160 conflicts in 24 states have been documented up until February of this year in a preliminary report by the Committee for Dialogue with Indigenous Peoples of Mexico (CDPIM) of the Secretariat of Government Relations [SEGOB].

At a legal disadvantage because of a lack of recognition of their rights, communities protest, organize community police and generate various forms of self-government, even at the cost of official repression and criminal violence, which radicalizes these confrontations and often leads to violence.

From Baja California to the Yucatán, coastal states of the Pacific and the Gulf, and in the center of the country, including the capital, conflicts are spreading regarding land and water, indigenous uses and customs, against the historic discrimination and the lack of government support to create development opportunities. In several cases, there is also the perceived intervention of organized crime.