México vía Berlín e. V. in solidarity with Caravana Viacrucis del Migrante, Caravana por la Libertad de Tránsito, March for Freedom and all the migrants and refugees on the planet 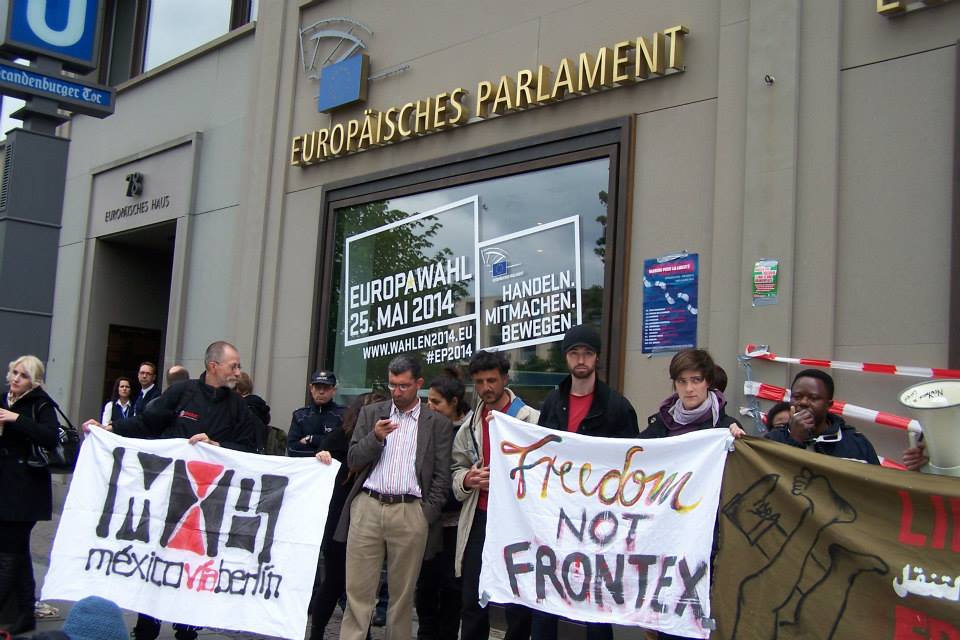 The process of globalization has enabled goods and services to travel over the entire planet. However, no opportunity is given for people in this process to change their place of residency. Given the ease with which individuals can move, the answer of the States was to tighten up migration laws.

Mexico is an example of this situation. For many Latin American migrants, on their way to the North, Mexico is the country of nightmares. During their transit through Mexico they face the discrimination of a government that neither sees nor hears them, condemning them to a vulnerable situation where they are exposed to human rights violations, and become victims of organized crime with complicity of Mexican officials. Many thousands are kidnapped each year, to extort money from them or their relatives, to force them into prostitution, or to kill them in order to sell their organs on the black market. They also have to face the risks of falling asleep on top of the cargo train that migrants use to travel from South to North and die as a result of the fall or be disabled for the rest of their lives.

For this reason on April 16 a caravan of migrants started marching from Guatemala to United States to demand free transit, protection of human rights and a change in the economic and political system that is the true cause of forced migration and structural violence.

These caravans comprising thousands of people were assaulted several times by the Mexican government. Among the people that made it to the United States border, 61 are in a vulnerable state and crossed the border to seek political asylum. At the moment their situation is not yet known and we join the demands for a good treatment and a quick welcome from the United States government and society.

Because the governments keep not listening to the demands of migrants, a caravan is going to march in protest from Ixtepec, Oaxaca to Mexico City. However, the departure of this march has been delayed due to threats from the Mexican government.

It is for this reason that we make an urgent call to activists, human rights defenders, migrants, refugees and society in general to join the international call to tell the Mexican State and all the States of the world that repression is not the solution to migration flow.

The mobilizations of migrants and refugees that are happening on both sides of the Atlantic must be understood as a demand to all the States of the world to advance in the universal protection of human rights, starting with the protection of freedom of movement.

This is a situation that involves several States and the entire international community. We should not accept that borders exist to exclude millions of people and that are used as an excuse for inhumane treatment. We make a call for international solidarity and cooperation so that together we can demand respect for the right to migrate and for all the human rights that are systematically violated during the transit of migrants and refugees alike.

Today the voices of migrants and refugees from Germany, Mexico and England echo the voices of all of those who cannot be heard today. Migrants suffer the double yoke of discrimination and economic oppression; they are the non-citizens, the sans-patrie, those who march with empty hands; for all these reasons they carry the voice of humanity itself.