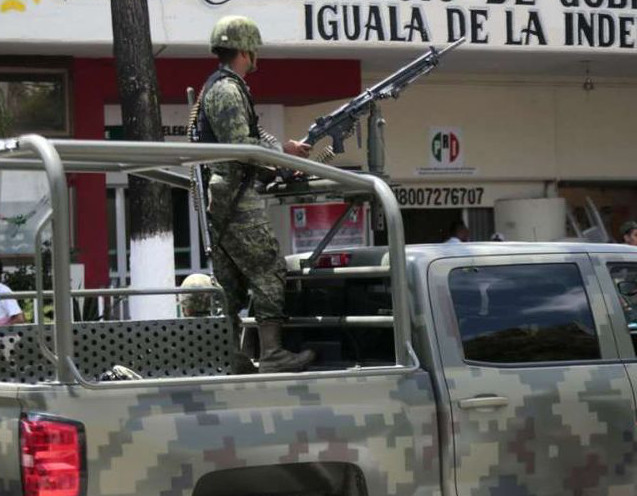 At a checkpoint south of Iguala in the southern state of Guerrero, members of the 27th Infantry Battalion of the Mexican Army on Tuesday ordered the bus driver to stop and told the Teloloapan students to get off. The soldiers lined the students up facing the bus, where they searched them and made insulting, humiliating remarks, especially to the young girls. They threatened the entire group, around 30 students in all, for more than an hour.

The troops specifically  warned the students that they’d better stop making trouble about the disappeared Ayotzinapa students, and then took pictures of each person. Afterward, they ordered them to go back to their school without causing any problems in Iguala.

Read the original article on TeleSur

Further articles and reports on Ayotzinapa: Life and Death, Hope and Fear: a visit to Iguala, Thousands of Students March for Disappeared Ayotzinapa Students Shouting “Where are the 43?”, Mayor Of Iguala And Wife Arrested In Mexico City Police Operation, Newsletter: On the forced disappearance of 43 normal school students in Ayotzinapa, Guerrero