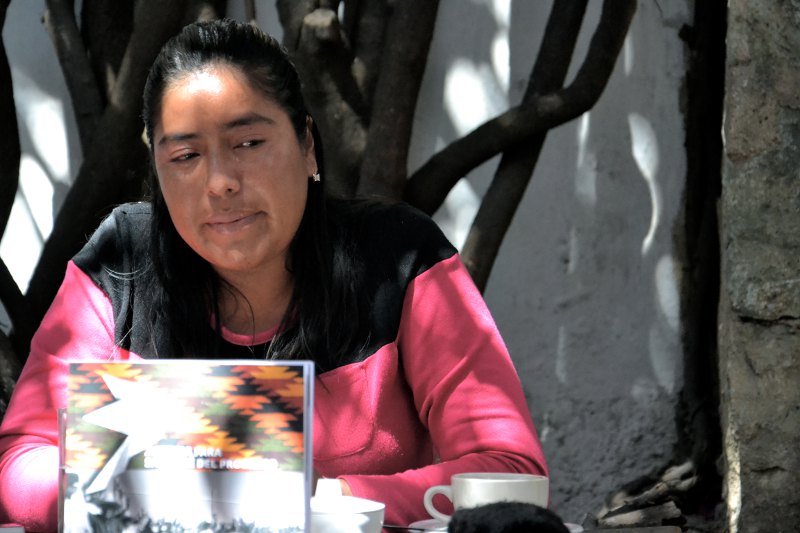 In the early months of 2012, two members of the Coordinator of the United Peoples of Ocotlán Valley—Bernardo Vázquez Sánchez and Bernardo Méndez Vázquez—were murdered after participating in seven year of opposition to the presence of the Cuzcatlán-Fortuna Silver Mines Company. Concerned about the growth in the conflict, different civil society organizations held a civilian observation and human rights mission between the 19th and 22nd of November, 2012. This report is based on that mission.

Throughout 2013, we continue to find cases similar to San José del Progreso where we have detected, among other things: concessions granted without informing the community; corrupted officials; lack of information about the projects; divisions in the community; and threats and attacks against community-based advocates. In particular, the mining presence in Oaxaca has led to serious conflicts within communities where territorial concessions have been granted.

This has led to different organizing processes in response to this development model, and has motivated communities to gather and share their experiences. To date, six Oaxacan communities have declared a prohibition on mining in their territory. While serious repression against those opposed to these mining projects has also arisen, these organizing processes continue.

In this context, the Justice for San José del Progreso Report is intended to establish a precedent for understanding the conflicts triggered by mining in Oaxaca based on the conflict in San José. It highlights the serious human rights violations resulting from the violation of the obligation to respect international agreements recognized by the Mexican government, as well as under national, state, and municipal law. This report is intended for different state, national, andinternational actors, for the relevant authorities, and for those actors involved in the conflict. Thus, its goal is to ensure that whoever reads this report will become aware of the serious situation in San José and take an active role in the protection of human rights and defense of territory.