In the face of attacks, civil society supports UNOSJO’s work 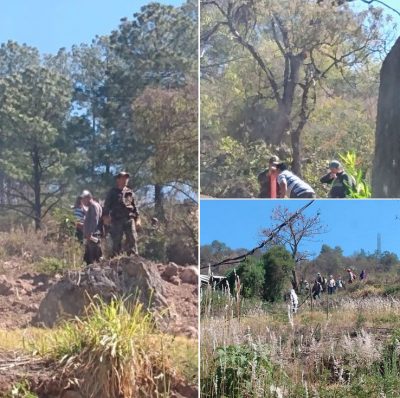 Some 120 civil organizations from all over the country support the work of the Union of Organizations of the Sierra Juárez de Oaxaca SC (UNOSJO), based in Guelatao, in the face of the attacks suffered by this organization. On March 14 and 15, 2021, a group of citizens and community members of Ixtlán de Juárez invaded the land where the UNOSJO offices are located to put up poles and then destroy part of its facilities, as well as trees and medicinal plants in the area. The assault affected a little more than ¼ hectare and left their offices without water.

UNOSJO is an indigenous organization from the Sierra Norte de Oaxaca that has been working for more than 25 years in defense of the human and collective rights of the indigenous communities of the region, as well as indigenous women and men in the Sierra Juárez.

These events are part of a territorial conflict between the communities of Ixtlán and Guelatao. There is currently a lawsuit between the two communities because although there are two presidential resolutions that establish the limits, Ixtlán entered the FANAR program and moved its limits unilaterally, leaving the UNOSJO facilities within the disputed land, the organizations affirm in his pronouncement. It is worrying that the lack of expeditious actions regarding the administration of justice and in this case, the litigation between the two communities, places the population in confrontation and in the deterioration of social cohesion, confronting sister communities and peoples of the same ethnic identity.

Translation by Pangea. The original Spanish version of this article was prepared by EDUCA