Fight against Monsanto enters the courtroom 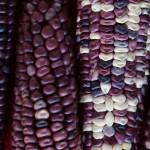 The fight against genetically modified corn in Mexico began in the communities, leaped to the streets, spread to the  printed page and now is being carried on in the courtroom. It is an uneven dispute in which the federal government has sided with the transnational corporation and against the majority of Mexican farmers and consumers. But in the latest battle the public good gained ground, under a strategy  that combines effective mobilization with informational campaigns and legal cases.

The debate over GM corn isn’t an argument between fanatical followers and stubborn opponents, but rather a war of interests in which one side seeking maximum profits plays outside the rules. They hide information, smear researchers, activists and judges, take action to discredit serious studies and resort to misinformation. The other side, comprised of peasant farmers and consumers, has taken up the task of defending traditional knowledge, campesino autonomy, access to decent work and sustainable agriculture.

Read complete article on the fight against Monsanto in Mexico

For more information on the topic follow links: Nafta limping toward its 20th anniversary, March against Monsanto, Mexico Celebrates “Carnival of Corn” and Rejects Monsanto