The Guelaguetza is a cultural event that draws thousands of national and international tourists to Oaxaca, Mexico each July. This year, Indigenous Zapotec communities recuperated the popular, collective spirit of the event with the “Guelaguetza against Mining”, which celebrates 10 years of resistance to extractive projects in Oaxaca’s Central Valleys region. Read their statement (original in Spanish): 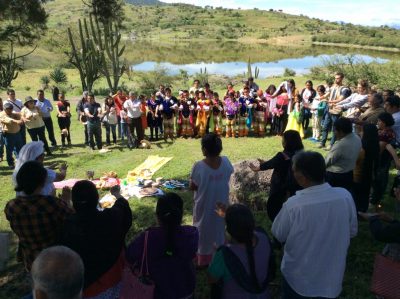 On July 22, 2019, Zapotec and farming communities of the Central Valleys of Oaxaca, represented by their agrarian and municipal authorities, gathered on the scenic shores of the Yuguvene Reservoir in the community of San Martin de los Cansecos. Under the shade of pine trees we shared native maize seeds, vegetables, bread, tortillas, toast, mezcal and flowers, common elements of our daily and collective life. We asked mother earth and Centéotl, the traditional goddess of corn, to continue giving us a long life through this vital crop, which has enabled our communities and territories to thrive for generations.

The Guelaguetza, as a celebration of Oaxaca’s diverse peoples, is a fundamental pillar that we must continue to strengthen. The Guelaguetza generates bonds of mutual support and encourages our collective commitment to the care and defense of our water, air, mountains and forests, which are under threat by extractive projects. As Indigenous communities, social movements and allied organizations, we reaffirm our commitment to defend Mother Earth by celebrating the Guelaguetza against Mining in commemoration of the State Day of Rebellion against Mining, established in 2016 in the community of San José de las Huertas.

The main threat to our communities is the federal government’s extractive and economic model, which violently imposes mining permits and projects. These projects strip our people not only of their natural riches but also of their cultural, spiritual and organizational riches which give them a sense of belonging to Mother Earth.

As the communities of Oaxaca’s Central Valleys region celebrate 10 years of resistance to mining, we reaffirm that we must defend our shared land not in an isolated manner but rather in an organized movement that implies a broad view of territory. As the Anti-Mining Front for a Future for All, we demand that the mining companies and the State respect the collective will of our communal assemblies, which have passed political, agrarian and municipal declarations prohibiting mining in our territories. 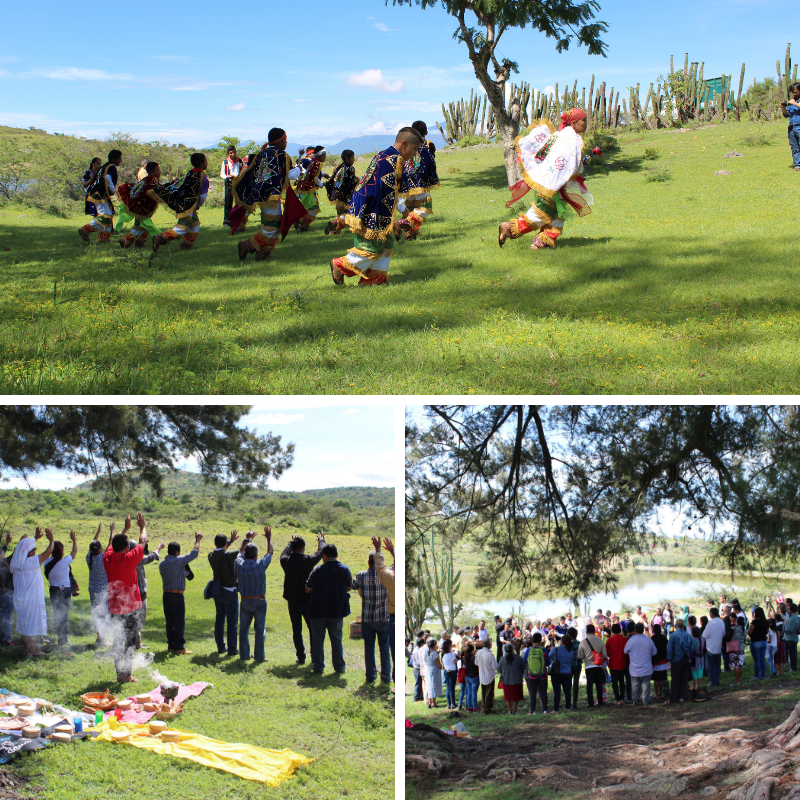 In Oaxaca, the industrial extraction of minerals is not only affecting the environment but also the social fabric of our communities. Mining projects have generated division between neighbors and family members and have led to threats, aggression and even the assassination of land defenders. Mining has modified our traditional Indigenous identity since the Spanish Conquest. Residents of the community of Santa Catarina Minas, which participates in the Front, still recall that prior to the imposition of colonial mining projects their town was called Santa Catalina Martir Xoxoquiapam.

In the same way, today, the Cuzcatlán Mining Company—subsidiary of the Canadian multinational Fortuna Silver Mines which operates without the consent of the people of San José del Progreso—also strips us of the “Guelaguetza” by organizing a seasonal celebration in the community, replete with fashion shows and a gastronomic fair. It is worth noting that the company is responsible for the contamination of the Coyote River and has monopolized 90,000 hectares of Indigenous and farming and, equivalent to ten times the size of the Oaxaca City. 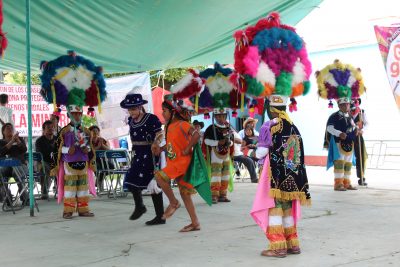 The Guelaguetza also convenes us, as peoples in resistance to mining, to generate alternatives to this neoliberal capitalist model. In this spirit, the Guelaguetza against Mining included diverse cultural expressions, such as theater, music and traditional dances performed by youth and adults from the region and beyond. It is with poetry, song and movement that we gather today to strengthen the struggle and historical memory of our peoples in resistance.

We demand from federal and state authorities: