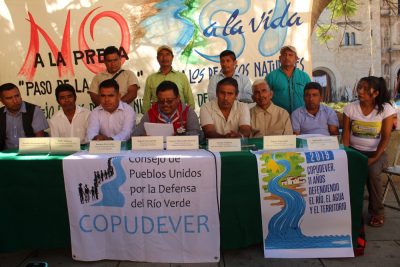 On August 15, 2019, communities of the Southern Sierra and coastal regions of Oaxaca held a press conference to announce their rejection of a new hydroelectric project promoted by a private company on the Río Verde. Authorities of six Indigenous and farming towns questioned the campaign promises of Mexican president Andrés Manuel López Obrador to respect Indigenous rights and protect the environment. Meanwhile, the Council of Peoples United in Defense of the Río Verde (Copudever) vowed to continue their 12-year struggle against the damming of their river, which has been protected by a legal injunction since January of this year.

Authorities said that in July, they received a letter from the Secretariat of the Environment and Natural Resources (Semarnat) in Mexico City, informing them that the Mexican company GENERACIÓN ENERSI S.A. de CV. had submitted a proposal for a hydroelectric project on the Río Verde. The dam would generate 30 megawatts of energy, affecting the municipalities of Santa Cruz Zenzontepec, Santiago Ixtayutla, Santiago Tetepec, Santa Catarina Mechoacán, San Andrés Huaxpaltepec, Santiago Jamiltepec and Santiago Pinotepa Nacional. Authorities say the letter implied that in the absence of a response they would be considered to be in compliance with the project.

In a statement, communal and municipal authorities affirmed that “throughout our life as Peoples we have coexisted with, cared for and defended the Río Verde, because it is the mother of our waters and represents a source of life in this watershed and in our Mixtec, Chatino and Afro-Mexican territories.” They notified Semarnat and the company GENERACIÓN ENERSI S.A. de CV. that they will not allow preliminary studies for the hydroelectric project nor its construction, “due to the serious effects that this would bring to our lives and to mother nature.” 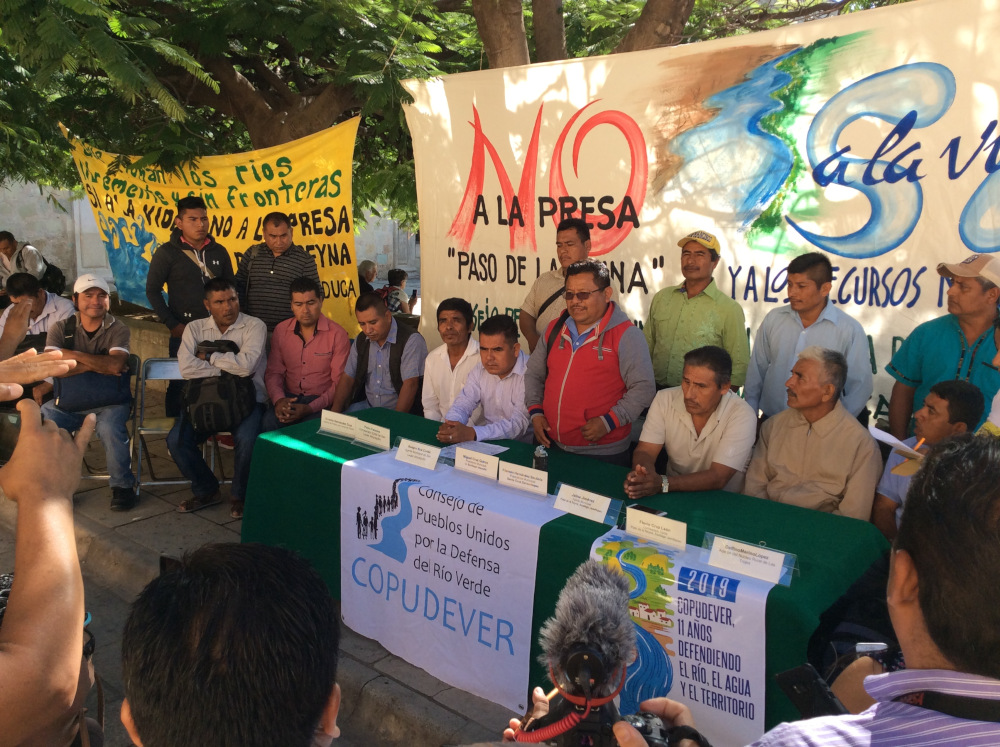 This is not the first time that communities have opposed the damming of the Río Verde. Copudever was formed in 2007 when dozens of communities organized to stop the Federal Electricity Commission from building a hydroelectric dam on their river, which they say would have flooded their homes and contaminated their only source of water. From 2009 to 2017, local residents maintained a 24-hour blockade to impede the access of workers, machinery and security forces associated with the project.

Given this historic struggle, Copudever members say they “are surprised that the current federal government insists on this type of projects. For more than ten years we have argued our opposition to the Paso de la Reina Hydroelectric Project that was promoted by the state-owned Federal Electricity Commission. Now, in light of the privatization of the energy sector, private companies have their eyes on our commons.”

Moreover, in January 2019 a federal judge ordered that no infrastructure projects can be built on the Río Verde until further legal questions are resolved. The decision was granted in response to constitutional remedy proceedings against the water decrees passed by former president Enrique Peña Nieto. These decrees aimed to lift protections on more than half of Mexico’s lake and river basins, including the Río Verde. However, under López Obrador’s administration federal agencies appealed the judge’s decision to protect the Río Verde. 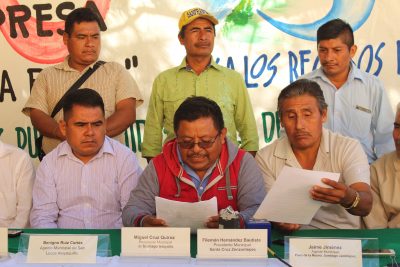 “We do not understand why Semarnat intends to deny a right that has been demonstrated and won in the courts. We do not understand why Andrés Manuel López Obrador in his discourse says that he is with the poor and Indigenous people, but in his governance he cheapens our rights and favors the companies.” Copudever members affirmed that they are on alert and will continue to organize communities in the Southern Sierra and Coastal regions of Oaxaca in the defense of the Río Verde.