On December 10th, communities and civil society organizations gathered in the central plaza of Oaxaca City to present the conclusions and final report of the first Peoples’ Trial against the State and Mining Companies in Oaxaca. This historic tribunal—in which representatives of 52 Indigenous and farming communities judged corporate and government actors for polluting their land and violating their rights—has given rise to historic conclusions: a grassroots network that is militating for the prohibition of mining in one of Mexico’s most culturally and biologically diverse states. 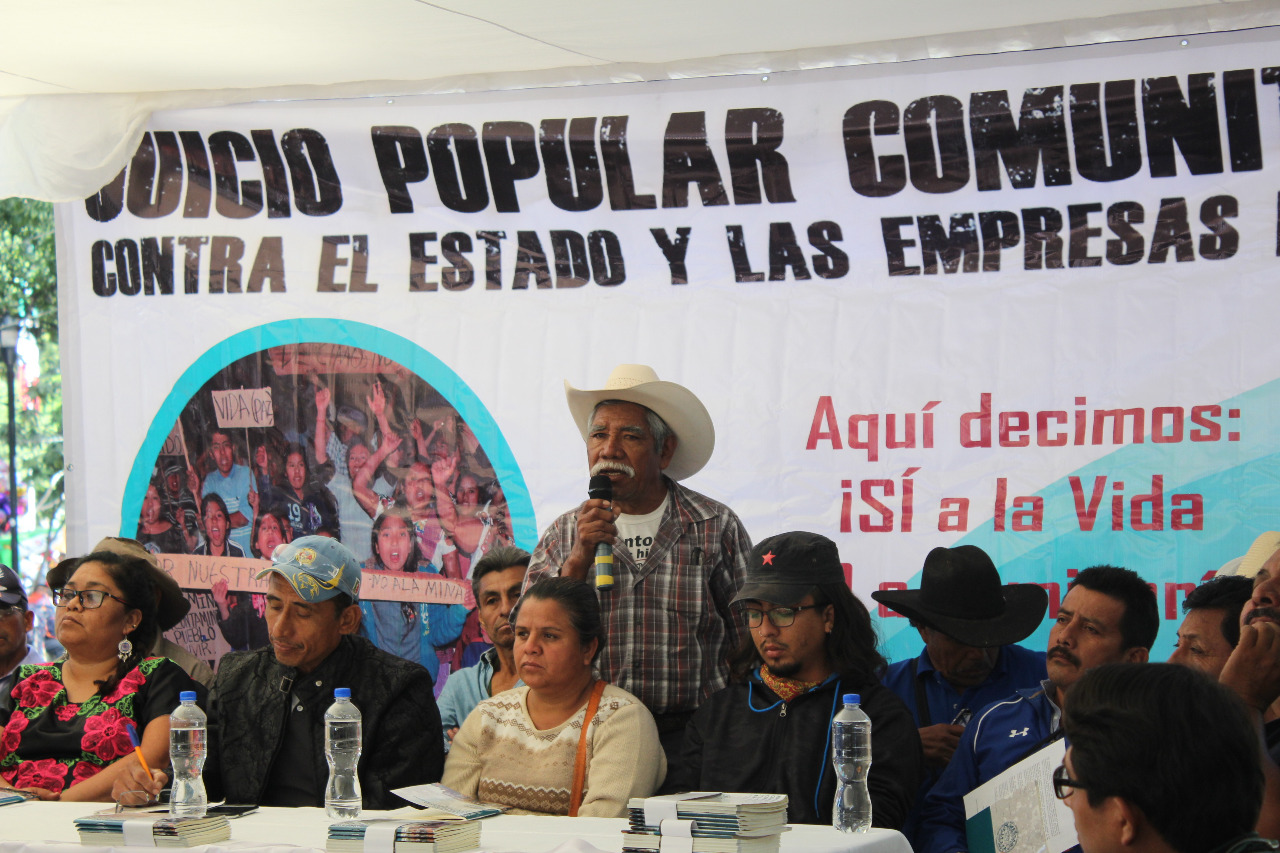 This December 10th—International Human Rights Day—also found Mexico bracing itself for a cold front in the early weeks of its first leftist presidency, secured through campaign promises to uproot corruption, reduce inequality and cultivate faith in democratic institutions. Yet questions abound with regard to the extractive industries policy of Andrés Manuel López Obrador, whose proposal involves levying taxes on mining companies in order to fund development projects in affected communities. For the Mexican Network of Peoples Affected by Mining (REMA), such “remedies” “form part of the systematic lie employed by companies to obfuscate their looting,” and thus point to a “continuation of the same permissive, promotional policies.”

And so it was that the demands presented at Monday’s press conference were at once addressed to the new government and also a testament to the autonomous decision-making of native peoples that have for millennia governed their own territories. Of the communities that participated in the Peoples’ Trial, “each and every one of them has carried out community assemblies in which they decided that mining doesn’t represent an option for development,” asserted Neftalí Reyes Méndez, of the Oaxacan Territorial Defense Collective. Such decisions have been reiterated in regional assemblies, where communties share information about mining projects and strategies for defending their territory.

One tactic that has been key in the southern Mexican state of Oaxaca—and which has also been implemented in Guatemala, El Salvador and Honduras—is the creative reinterpretation of agrarian and Indigenous laws in order to prohibit natural resource extraction at the local level. At the same time, communities have amended local statutes to prevent authorities from cutting deals with extractive companies, which often bribe elected leaders in order to impose projects. Residents say they don’t need mining as a source of financial development or employment, as many earn their living through small-scale agriculture, the production of mezcal and the elaboration of artisanal products—activities that would be endangered by the environmental impacts of mineral exploitation. 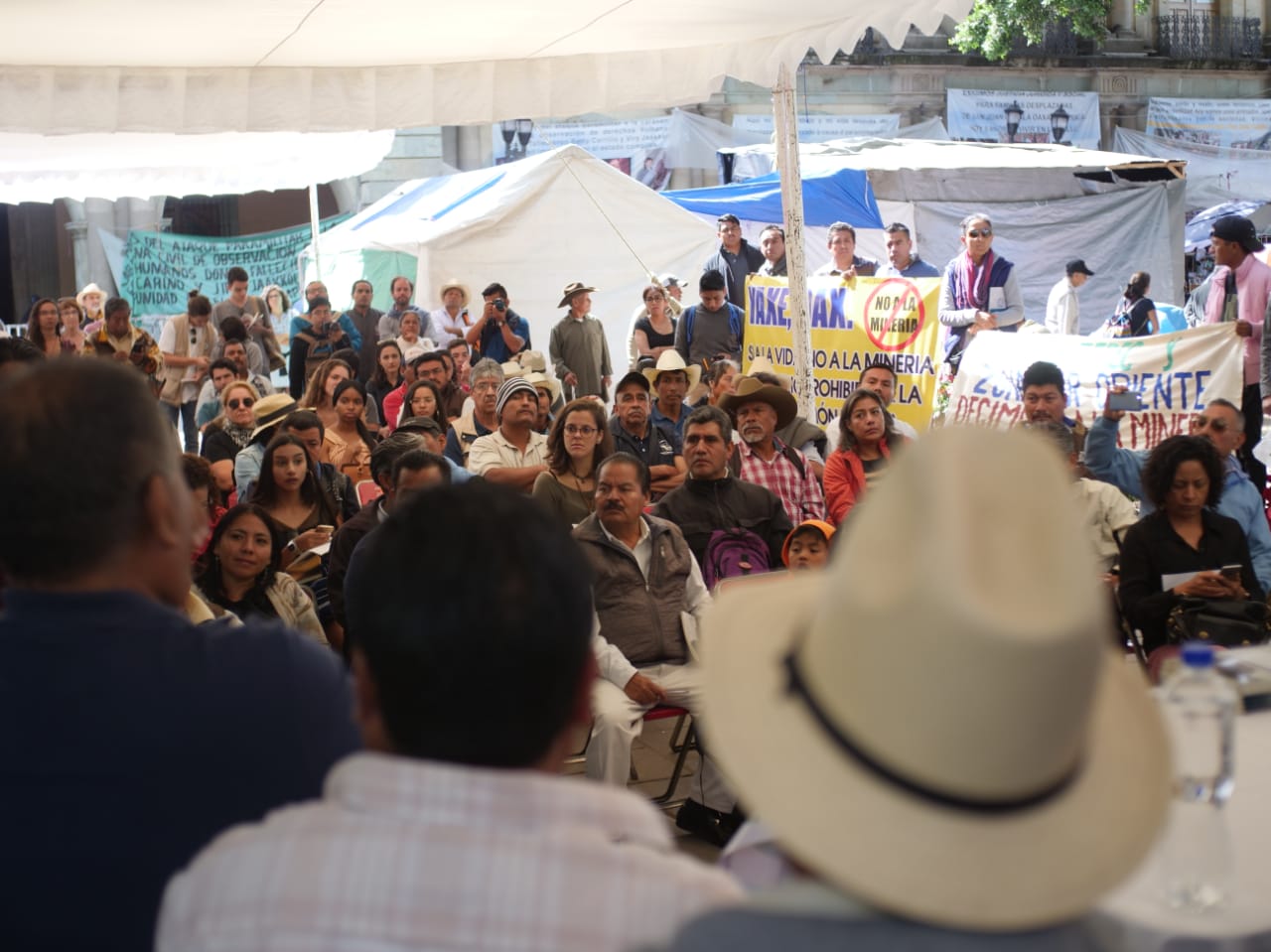 Such actions hold special significance in Oaxaca, where 73% of municipalities maintain traditional forms of Indigenous self-governance, and 78% of the land is considered communal property.

“The peoples and communities of Oaxaca have defended, protected and preserved our ancestral territories,” states the final report of the Peoples’ Trial, released this week in Spanish. “We have woven and constructed political, social and economic proposals and alternatives based on our own internal normative systems.”

The report, which was produced through the collaboration of communal authorities, allied organizations, and an international “jury” comprised of Indigenous leaders and legal experts, details the systematic violation of rights in 22 cases in Oaxaca. The toll of these cases alone includes the assassination of 4 land defenders, the injury of 8 individuals by gunfire, the fabrication of crimes against 40 activists and the incarceration of 3 community defenders. The responsibility for these crimes lies with 30 mining companies, along with state institutions and paramilitary groups, which are also accused of causing irreversible environmental and social impacts. These include the contamination of 7 rivers, rampant deforestation and damage to flora and fauna, as well as increased violence and the fracturing of communities’ social fabric.

It is in this context that authorities and members of the Chatino, Chontal, Cuicateco, Ikoots, Mixe, Mixteco, Zapoteco and mestizo peoples of Oaxaca demanded the cancellation of all 41 mining projects and 322 concessions in their state, each of which was imposed illegally without the required consent of affected communities. They also called for the repeal of Mexico’s current mining law, in addition to a statewide moratorium on mining permits pending the creation of a new legal framework that respects Indigenous rights. Lastly, they demanded transparent information regarding development projects and an end to the criminalization of land defenders. 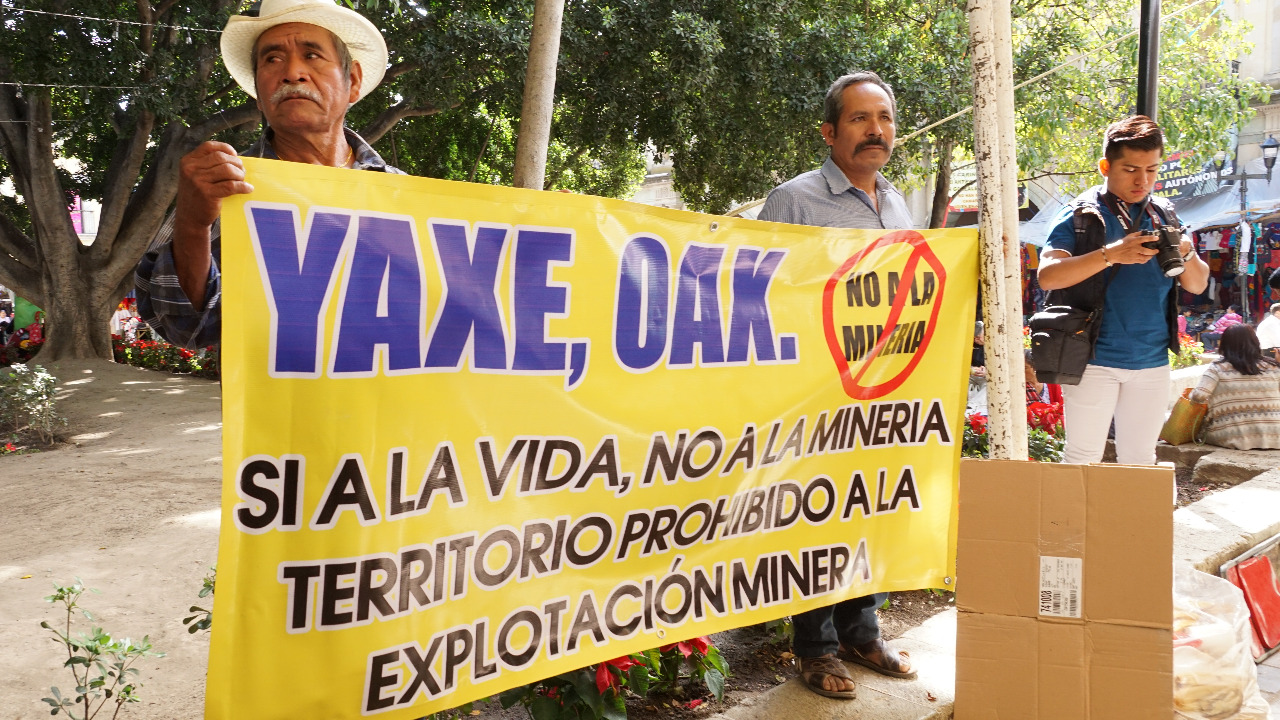 In a state whose governor has traveled to Canada and China to woo extractive companies, Indigenous and farming peoples of Oaxaca are joining forces to ban mining and defend their land and way of life. The Peoples’ Trial is both the fruit of these efforts and the seed for future actions. Against a formal justice system that “has protected business interests and served as an instrument of effective control against the legitimate interests of the citizenry,” land defenders are cultivating spaces for their collective self determination: “We decided to appeal to community justice, in the legitimate exercise of our rights as Indigenous, rural and peasant peoples and communities.”

As the press conference drew to a close, cries of “Neither gold nor silver, mining is a killer!” resounded through the zócalo of Oaxaca City, temporarily warmed by volunteers with hot chocolate and tamales. “Yes to life!” shouted the spokesperson for the Peoples’ Trial; “No to mining!” responded the crowd, amid banner after banner declaring prohibitions on mining in the diverse communities and regions of Oaxaca.

Waste overflows at Canadian mine in Oaxaca, threatening dozens of communities

Communities, Organizations and Collectives of Oaxaca Form the Assembly of Central Valleys Against Mining