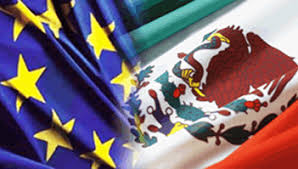 On Wednesday, November 22, Mexican civil society groups addressed the European Parliament in Brussels, demanding the suspension of renewed trade negotiation between the European Union and Mexico until the protection of human rights can be guaranteed. “The agreement should not be signed so long as the Mexican Government fails to demonstrate its willingness to fulfill human rights,” said Olga Guzmán, member of the Mexican Commission for the Defense and Promotion of Human Rights, during a press conference at the parliament.

Guzmán and other advocates described the dramatic deterioration of Mexico’s human rights situation over the last decade during a conference entitled “EU-Mexico Global Agreement: Human rights or commercial interests?,” organized by Spanish parliamentarians Josep-María Terricabras of the Catalan nationalist party ERC, and Estefanía Torres of the leftist party Podemos.

A report presented by parliamentarians emphasized the European Union’s failure to apply the human rights clauses of the Global Agreement, which enables consultations and sanctions in the case of serious violations of international norms. “On diverse occasions the European Parliament has heard denunciations of human rights violations in Mexico,” states the report, which concludes that there is sufficient evidence to apply the clauses. The decision not do so, says Terricabras, is entirely “political.”

In June, the organizations Bread for the World, Misereor, and the Center for Research and Documentation Chile-Latin America e.V., published a report assessing the outcomes of the Global Agreement since it went into effect in 2000, as well as “the potential social, environmental and human rights impacts that ‘modernization’ of the EU-Mexico FTA could cause.”

Their evaluation of the agreement is dim: since the turn of the century Mexico’s trade deficit with the EU has widened and Mexican wages and working conditions have declined sharply (“hourly wages in Mexico are now 42 percent lower than in China”). The report warns that the renewed FTA will only deepen the human rights crisis in Mexico.

This is because the EU is using negotiations to secure economic advantages for European companies at the expense of the safety and well-being of Mexican communities. In the biotech industry, the EU aims to prop up the sale of genetically modified seeds that threaten biodiversity, as well as cancer-causing pesticides that are already banned in Europe. Mexico’s recently liberalized energy sector fares no better: the ‘modernized’ trade agreement aim to “lock in” market liberalizations and prevent price controls on electricity and fuels, “effectively restricting the policy space to pursue pro-poor energy regulations.” Finally, the EU is pushing for the inclusion of controversial investor-to-state dispute settlement procedures, which would enable transnational companies to sue countries “in the event of regulatory changes deemed to violate investors’ ‘legitimate expectation’ of a stable business environment.”

For too long, says Podemos parliamentarian Estefanía Torres, the European Union has suffered from a “blind faith in the socializing potential of trade deals.” Activists say it is time for a change, and the first step forward is applying the human rights clause of the existing Global Agreement. “If this does not happen, the tragedy will continue.”