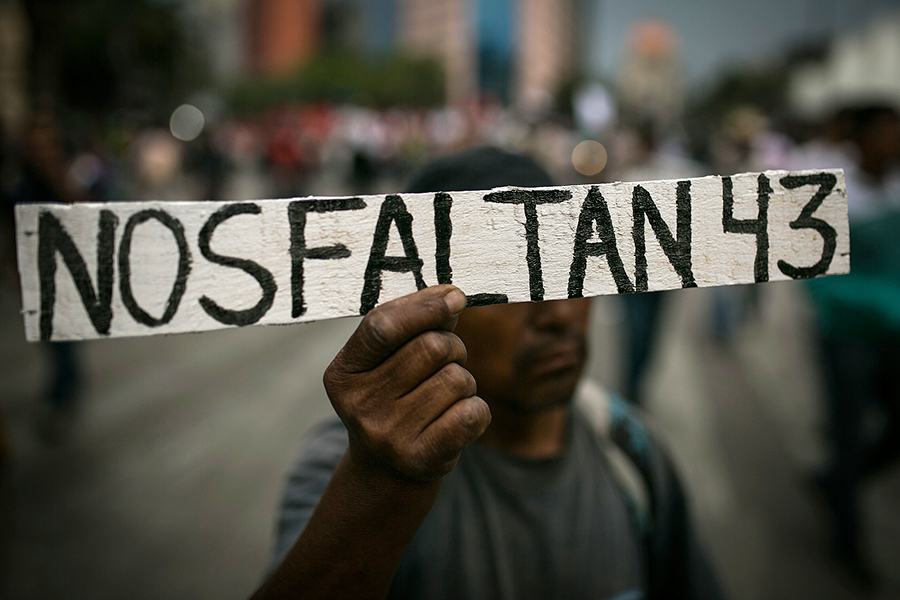 The report issued on September 6 by the Interdisciplinary Group of Independent Experts (GIEI) concludes that the Mexican government’s version of the fate of the 43 forcibly disappeared students from Ayotzinapa is wrong and not substantiated by scientific evidence.

Human Rights Activists deeply troubled by the government’s grave mishandling of the case. Experts’ call for the government to pursue further lines of investigation to clarify what happened to the students and provide truth and justice to their families.

The group of renowned experts on criminal prosecutions and human rights was formed by the Inter-American Commission on Human Rights (IACHR) based on an agreement with the students’ families, their representatives, and the Mexican government. Their report reflects six months of extensive work to search for the students, investigate those responsible, provide attention to the surviving victims of the attacks and victims’ families, and to develop proposals regarding enforced disappearances in Mexico.

The report negates the Mexican government’s narrative that after the students had been forcibly disappeared by municipal police they were handed over to a criminal group and subsequently incinerated in a trash dump. “The experts’ report makes clear that the government attempted to sell to the families, Mexican society, and the international community a version of the events that, far from being the truth, is not backed up by scientific evidence” affirmed Maureen Meyer, WOLA Senior Associate for Mexico.

The report also shows that several areas of investigation remain unexplored. In particular, the experts suggest that the extreme violence that was used against the students may have been related to the fact that buses were being used by organized criminal groups in Iguala to transport heroin. Lastly, the report also makes clear that state and federal security forces knew that the students were being pursued and attacked by the municipal police yet they did nothing to come to the students’ aid.

“The victims’ families deserve to know the truth about what happened to the students, the when, the where and the why. The experts’ report is a vital basis for the investigation to move forward” Meyer asserted.