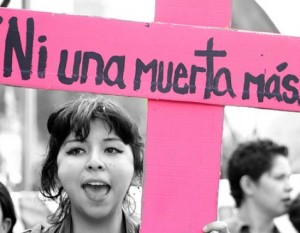 The director of the civil association Consorcio for Parliamentary Dialogue and Equity Oaxaca, Ana María Hernández Cárdenas, reported that so far during the administration of Gabino Cue Monteagudo, 294 women have been killed, exceeding the figure of femicide murders during the previous government of Ulises Ruiz Ortiz.

Only in the period from May 10 to 30, 10 murders of women were recorded in the state, which represents one murder every two days.

With respect to 2013, the cases of femicide in Oaxaca have increased by 216.6 percent, counting only from January to May 2014. Due to the gravity of this situation, Consorcio’s director announced that civil organizations have requested a Gender Alert, and demanded an immediate halt to violence against women, calling the three branches of government to make progress in legislation, budget and public policies consistent with the seriousness of the situation.

For more information on this topic see: Survivors of sexual violence call for governments to listen, Human Rights in Oaxaca “Citizen Report: An Unpaid Debt”